Finding myself in this limbo-esque holding pattern, feeling marooned, stressed, sleepless and teetering on the edge of (in)sanity, I need to indulge in a bit of escapism to calm my mind. I’m craving a return to a more joyful, peaceful, creative and illuminating season – say, the Camino. 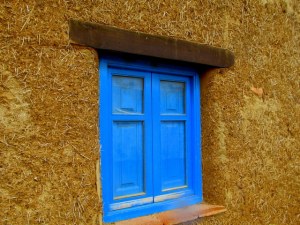 Prompted by an email that I received the other day from my friend Mindy, here’s a little story set deep in the middle of Spain’s Castilla y León region – when I was still breathing in nature’s wonders (yes, even cow and sheep manure).

This story takes place in the tiny hamlet of Moratinos, a micro-village in Palencia province that most Camino pilgrims stride right through in about 2.5 minute

s. If they’re engaged in conversation, or dare to blink, they will have passed through Moratinos without so much as noting its name.

However, I had a few reasons to stop there (for 2 days!), including the promise of tasty Italian fare (at an Italian-owned albergue), a visit to American expat Rebecca’s home called Peaceable Kingdom, a break from the pain, and a rest day in a village that is called home by (mas o menos) 22 inhabitants. 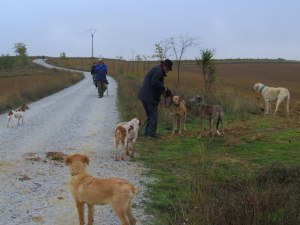 The pasta and tiramisu did not disappoint. Rebecca and Patrick offered me tea and tidbits of juicy (and less savory) details about their chosen place for retirement, while, their large menagerie of dogs sniffed and pouted on the other side of the door. The pain eventually stabilized, thereby freeing me to explore the place at a blissfully slowed pace.

Good thing too: Moratinos proved to offer a treasure trove of novel sights and experiences.

One sight that immediately captured my interest upon entering Moratinos was a hill off to the right. Encircled completely by small, wooden doors pressed into the sides, it was a perfect fit for the hobbits that I began to imagine resided therein. 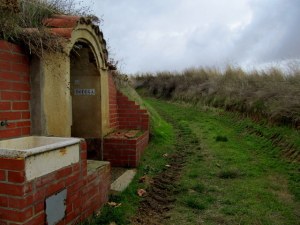 Turns out I was wrong. Each one of these curious-looking entryways led into a cavernous wine cellar, or bodega. A traditional wine-making facility built into hillsides to control temperature, bodegas are used primarily to store wine bottles and barrels that hold the crushed grapes during the process of fermentation. 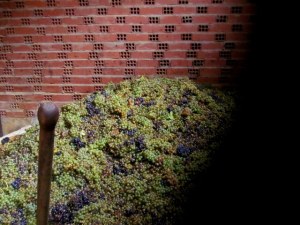 Winemakers also like to hang out with family and friends, eating seafood or sausages, drinking and (presumably) passing out from imbibing large quantities of mosto (pre-fermented drink that results from the initial crushing of the grapes).

I was gifted a glass and bottle of mosto while watching the locals processing a large vat of mixed-color grapes that had been harvested the day before. 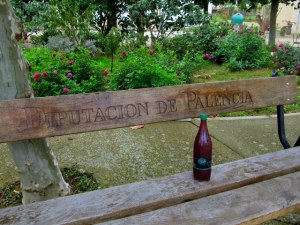 I drank the glass, bid my hosts adieu, left their bodega and very nearly toppled over – prompting me to leave the bottle on a bench for others, primarily those with a sturdier gut, to enjoy.

castle) that I remembered the odd sight that captivated me as we neared the village: An old man stood on top of the hill for what seemed like an inordinately long time, as if he was searching or waiting for someone or something to appear.

An ideal spot for meditation, I remember noting. (As long as the neighbors, dogs and rain stayed awa

The white-haired man, dressed in pants and sweater, showed no signs of apprehension or impatience; but as he stared out into the breathtaking landscape laid out in front of him, I couldn’t help but wonder why he was up there, all alone. He barely moved.

With a knowing smile, Rebecca explained that it’s a common practice in Moratinos because once upon a time, wine-making used to be the village’s chief source of income – whereas it is now kept up as more of a hobby of vineyard-owning fa 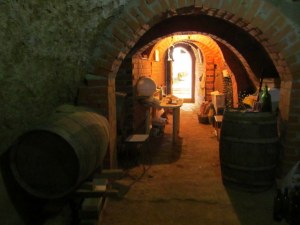 The wares stored in cellars around the hillside were so valuable that the respective owners of each bodega would take turns watching the surrounding fields and paths to keep prospective thieves at bay.

It sounded like a practice dating back to castles, moats and knights fighting in armor to protect their feudal lands and keep the peace.

Still today, though a vestige of days gone by, and even though mo

st of the bodegas have been shut, abandoned or deteriorated from non-use, villagers can be found atop the hill, surveying the land and ostensibly guarding their goods.

Which is why I decided that the old man was no fool on a hill, but rather a King of the Castle.