It was a gloriously sunny morning when I boarded the bus in Penang; unaware that, less than four hours later – by the time I’d reached KL – I would be scheduled in for a doctor’s consultation and tests the following morning at 9 am. Thanks to Hisham, his vast network of colleagues and the magic of texting, I had an appointment to see his friend – and breast surgeon – Dr Patricia (Gomez). Nothing to worry about, I was just due for an annual mamografi and ultrasound… and oddly enough, KL just seemed like the right place to do it.

I arrived at Pantai Hospital in the Bangsar neighborhood by teksi long before my appointment. A visit to the International Ward was in order – partly, because I felt compelled to compare it to the International ward at Bangkok Hospital, and to my first-hand experience. Save for a receptionist at the front desk, the place was deserted. Where, I wondered, are all the medical tourists?! 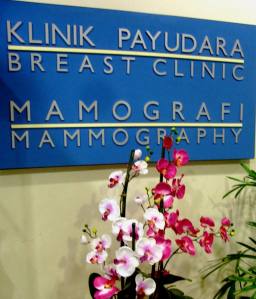 The Breast Care Center (klinik payudara) was slowly filling up with women of all backgrounds. The administrative staff, all women, wore head coverings; as did the nurses, who wore starched white caps over tightly wrapped and tucked-in black scarves. The center bore all the standard markings of a breast cancer; pink ribbons, information pamphlets, articles describing the success stories of women who overcame their struggle with cancer. Two middle-aged women were overheard comparing their range of motion and clothing preferences.

When I am led into Dr. Patricia’s office by her assistant, she has already reviewed my intake form. She runs through a series of standard questions – even asking if I’ve been tested for the gene – but is obviously curious at the unlikelihood of my path crossing with Hisham’s; so she throws in the question of how we met. Then, a thorough examination; and, ahhhh, no sign of concern materializing on her face. Still, I am sent off for tests.

A couple of hours pass and one of the mamografi room doors opens. I’m called in and less than 10 minutes later I’m done. I don’t know if I’m relieved or not to see that the mammo-machine here is identical to the ones I’ve been subjected to; I was secretly hoping that I would find a more boob-friendly device in these parts. As if she’s been reading my mind, the pregnant technician smiles and says: You don’t know how many women tell me that this machine must have been invented by men. 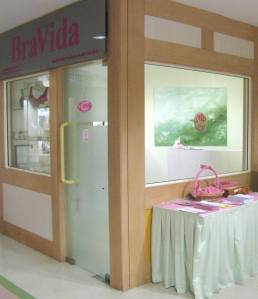 In the Imaging waiting room, eyes are glued on Japanese reality entertainment shows or delayed coverage of a Chelsea football game. Newspapers are strewn about the chairs, in Malay, Japanese, Chinese, Hindi and English. Signs posted around the hospital are similarly composed in at least four languages – including ones that read as follows: Please inform counter staff if you are in PAIN.

After scoring a four-seated padded bench in the lounge, I’m straining my ears, trying to identify what might possibly sound like a variant of my real name. Finally, when an indecipherable but lengthy name is repeated three times with no answer, I stand up and listen to the fourth read-out. Though I can’t be certain, it’s close enough to warrant further inquiry. Sure enough, the diminutive Indian woman has been calling me – and I am bemused that she cannot pronounce my first name, as it must be somewhat familiar to her. 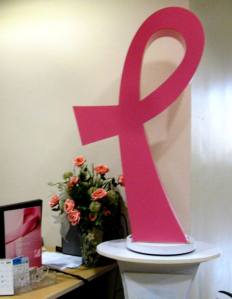 Lying still on a bed in a ultrasound room, I wait for Dr. Josephine to arrive. All the requisite screen and instruments, complete with bells and whistles, are ready and waiting. Yet, once the radiologist arrives and settles in to her work, I’m thrown into a tizzy when I discover that the gels are not warmed up prior to use – yowza, that’s cold!

Ultimately, after spending a good chunk of time inside a hospital, there’s an unexpected (twisted?!) sense of relief knowing that waiting times here are no different than they are across the globe. Is it a sign of overburdened and overbooked physicians? Or perhaps another method of mimicking the successes (?) and failures of the first world – including health care…

As I eat a late lunch in the cafeteria (enjoying a plate of veggie Indian cuisine while standing at a counter), my handphone rings. It’s Dr. Patricia. She’s seen the results of my tests, and all is clear. Amen. I pay my bill (equivalent of US$100) and head back to the imaging department to pick up two super-sized white envelopes stuffed with xrays, reports and a CD.

It’s just after 2 pm when I head out into the hot ‘n humid afternoon, hailing a teksi to meet Soma at the Mega-Mall.

You wouldn’t know it, but I’ve just spent the better part of the day at the beach. Why? Pantai = Beach. Go figure.