If you’ve never joined up with communities like AirBnB, Homeexchange, Trusted Housesitters, or Couchsurfing, you have no idea what you’re missing. I can vouch for the latter, and have been doing so for nearly a decade. T 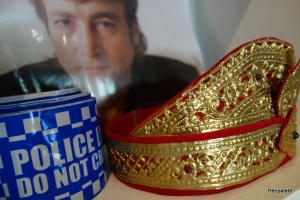 here have been times that I’ve surfed when options for lodging in a given city surpass my given budget; but more often than not, I’ve sought out hosts in new destinations because I like nothing more than immediate immersion in culture, language, food, sites, slang that are decidedly different than mine. 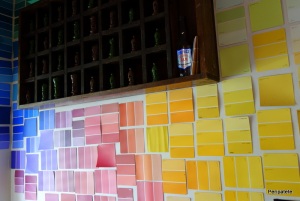 Notwithstanding a total of two circumstances (during the early years) when I wish I hadn’t dove in – including my very first surf in Moscow’s old city, when I was ‘invited’ to sleep on a rickety cot in a tiny room, between the couple and their dog (growl!) – I’ve never given a second thought to the miraculous exchanges, neighborhood discoveries and new friends that surfing has showered upon me. 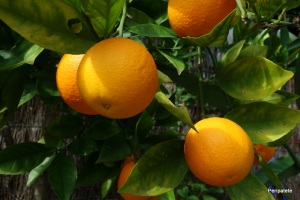 Take this last surf experience in Adelaide. Let’s just say that there is no way that my path would have ever crossed with that of my host, Ms M. Our lives, in countless ways, could not be more different. But, from the moment that she picked me up at the airport – surprise! – to the time I spent at her home, chatting up a storm, hanging out, sharing good food and life stories, I was reminded of why I signed up in the first place.

Sure, a hotel stay offers loads of perks. But it’s four walls, it’s sterile, it’s silent. Too many days in that environment, and I’d no doubt go crazy. By contrast, M’s row house / bungalow offered a full feast for the senses – especially my eyes. Walking into her bedroom was like falling down into Alice’s Wonderland; her bed (with 3 mattresses) sat as high as my shoulders, I’d need a ladder to get u

p there. The bedroom in which I slept featured the thickest duvet I’ve used since my youth in Montreal. Each morning, from the wall across the bed, Mick Jagger’s twisted face and lolling tongue greeted me.

M’s house was like a cabinet of cool curiosities, where West met East. Around the large dining / work table, was a library of books, ranging from the classics and medical texts to how-t

o manuals and novels about who-knows-what. The shelves spilled over with Christmas ornaments. Flags and souvenirs from travels abroad. Posters from movie premieres and cabaret shows. Empty wine and beer bottles. Crowns, cards and knick-knacks from Bali. Gadgets and gizmos from travels elsewhere in Asia.

There was a speculum. A skeleton. And a life-size statue of a captain, behind which was stacked a pile of old suitcases. I learned about the Bristol Stool Chart – which enables you to gauge the health of your poo.

And laundry. Lots of laundry.

Though Adelaide seemed to be slouching (begrudgingly so, if you ask me) towards spring, M’s garden front was already blooming with a “barbie” (BBQ), flowers – and a flamingo. 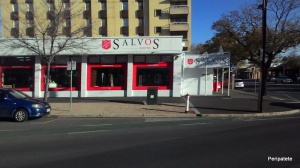 She taught me “Strylianisms” that I’d not heard of before: Ambos. Muzos. Salvos. I heard more “Aw. Yeh. Look.” (or variations thereof) than I’ve heard in the six years I’ve lived – with plenty of Aussie friends and acquaintances – in Bali. I suppose I should let her know that the folks at Scrabble have just issued a new Aussie edition.

By all accounts, M’s home exuded a life well lived. For all the flat whites in Oz, I wouldn’t have wanted to stay in any other place.

The Art of Blogging
ESL Ventures